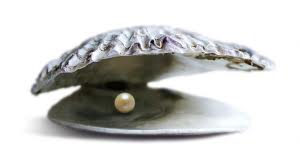 We look upon this world as an oyster

Rough, hard and jagged to the touch

Awash with the dirt and grit of life’s tribulations

It lies burrowed in the muck to hide from conflict

Drawing it out from the safety of it’s dingy home

It’s shell is not easily unlocked

Clamped down tightly to protect itself from pain

Reluctantly the shell is pried open

Gradually and over time we are revealed

In a flood our surroundings rush in

Exposing virgin skin to the unfamiliar

What wonder is found in discovering your dreams

For beneath the newly uncovered flesh

Lies the pearl you have been longing for

This site uses Akismet to reduce spam. Learn how your comment data is processed.